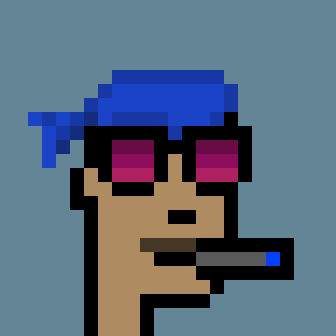 Since we announced that ENS would be launching a DAO and $ENS token to govern key components of the ENS protocol, we’ve had a lot of inquiries as to how the DAO will be structured and what the token airdrop to community members will look like.

Here’s an overview of what we have planned.

The core components of ENS are decentralized and self-running (e.g., no one can take away another person’s .ETH name), but there are a few things that require some human discretion.

During the first week of the claim process, community members will vote directly on a proposed ENS Constitution, a set of rules and guidelines for the community.

After that, and in its first act as a DAO, $ENS token holders will vote on a proposal to formally request from the root key holders the ability to:

Proposals will require the support of at least 100k tokens to go to a vote and a simple majority voting to approve with a quorum of at least 1% of all tokens.

Claims will open on November 8, 2021. Users will be encouraged to delegate their voting power to a community member that represents their views (call for delegates) and will have until May 4th, 2022 to claim their tokens, after which any remaining tokens will be sent to the DAO treasury. NOTE: The snapshot for the airdrop was taken October 31, 2021. Nothing you do after that date will change your airdrop amount or get you an airdrop if you don’t already have one.

We have established an organization called The ENS Foundation in the Cayman Islands to legally represent the DAO, e.g. fulfill any tax obligations. The foundation's articles of incorporation give token holders the right to appoint and dismiss directors, and to instruct the foundation to take real-world actions. More details are available here.

As part of the claim process, those claiming $ENS tokens will vote on a proposed ENS Constitution. The ENS Constitution is a set of rules and guidelines for the ENS community on how ENS should be governed. For an article to pass, it’ll need 67% approval of all votes cast in the first week of the token launch.

The Constitution can always be amended by the ENS DAO in the future with a threshold of 67% approval and a quorum of 5% of total tokens.

There will be 100 million total $ENS tokens, and the distribution is as follows:

The 25% of the total supply allocated for the $ENS airdrop to users will be distributed to all addresses that are or have been the registrant of a .ETH second-level domain. The distribution is based on the total time of an address's past registration and future registration as of October 31st, 2021.

The total time of future registrations is capped at 8 years. Importantly, the retroactive airdrop is per account, not per name. This means that each address is counted for a given day based on whether it owns at least one .ETH name on that day.

The airdrop also features a 2x multiplier for Ethereum accounts that have set their Primary ENS Name (formerly known as Reverse Record), since this is an indicator that someone is an active user.

The airdrop formula is roughly:

The total is then multiplied by 2 if the account also has a Primary ENS Name set.

We recognize that this will be disappointing to some users who only own subdomains or DNS domains imported to ENS. Given that the initial purpose of the DAO is to govern the parameters of the .ETH registrar, and determine how to allocate the funds collected by it, however, we determined it was fair to give users that have contributed to that system the power to affect its future.

The 25% designated for contributors will be allocated to over 100 individuals and organizations that have contributed in significant ways to ENS over the last four years, including the core team at True Names LTD, external contributors, significant integrations, translators, root key holders, and more.

Tokens for core contributors and launch advisors will have a four year lock-up and vesting schedule.

There are no tokens allocated for investors, since there are none.

A portion of the contributors allocation has also been set aside for >450 active participants in the ENS Discord.

The remaining 50% of $ENS tokens is allocated to the DAO. 10% of this allocation will be available to the DAO at launch, with the remaining unlocking over 4 years. This is in addition to the ENS treasury of funds raised from .ETH name registrations that the DAO is expected to receive from the ENS root multisig.

The DAO is encouraged to allocate these tokens towards community focused initiatives to help the development and growth of ENS, such as grants, hackathons, meetups and more.

We’ll be opening the token claim process on November 8. Keep an eye on the ENS Twitter account and here on Mirror for an update then!